The bible is filled with accounts of ordinary people doing extraordinary things. The willingness to step into the moment by faith allowed normal people to move in the miraculous. Today, show up! And, bring some faith with you. Who knows? You might just be the miracle someone needs.

1 Samuel 17:48-50 — As the Philistine giant moved closer to attack him, the boy David ran quickly toward the battle line to meet him. Reaching into his bag and taking out a stone, he slung it and struck the Philistine on the forehead. The stone sank into his forehead, and he fell facedown on the ground. So David triumphed over the Philistine with a sling and a stone; without a sword in his hand, he struck down the Philistine.

Hebrews 11:7 — By faith, Noah, when warned about things not yet seen, in holy fear built an ark to save his family. By faith, though the world was condemned, he became heir of the righteousness that is in keeping with faith.

Hebrews 11:31 — It was by faith that Rahab was not destroyed with the people in her city who refused to obey God, because she had welcomed the spies [sent by the sons of Israel] in peace.

James 5:17 — Elijah was a human being, even as we are.  But when he prayer earnestly that it might not rain [bringing a drought over the kingdom of the evil King Ahab]: it did not rain on the earth by the space of three years and six months. 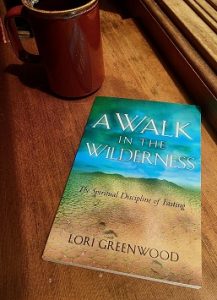 The Enemy is Defeated

The Power of Agreement