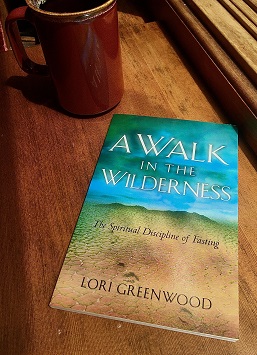 This week’s blog posts will be sharing excerpts from the book, A Walk in the Wilderness: The Spiritual Discipline of Fasting.

pg 29 — “God is trusting in the fact that everything that could ever violate His purpose for my life would be forgiven — and the record of it destroyed and forgotten. Everything that was (or will ever be) written as an accusation against me, was nailed to the cross and blotted out so that it would never get in the way of my discovery of who I am. “

6 As ye have therefore received Christ Jesus the Lord, so walk ye in him:

7 Rooted and built up in him, and stablished in the faith, as ye have been taught, abounding therein with thanksgiving.

8 Beware lest any man spoil you through philosophy and vain deceit, after the tradition of men, after the rudiments of the world, and not after Christ.

9 For in him dwelleth all the fulness of the Godhead bodily.

10 And ye are complete in him, which is the head of all principality and power:

12 Buried with him in baptism, wherein also ye are risen with him through the faith of the operation of God, who hath raised him from the dead.

13 And you, being dead in your sins and the uncircumcision of your flesh, hath he quickened together with him, having forgiven you all trespasses;

14 Blotting out the handwriting of ordinances that was against us, which was contrary to us, and took it out of the way, nailing it to his cross;

15 And having spoiled principalities and powers, he made a shew of them openly, triumphing over them in it.

16 Let no man therefore judge you…

Lori Greenwood looks at fasting three dimensionally — body, soul, and spirit. A Walk in the Wilderness covers keys to health and wellness, scriptural insight, and personal testimonies, unlocking the door to a new level of victorious living. 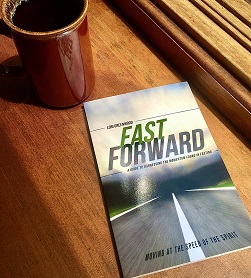